NYSAFLT shares the pain of the people of Buffalo following the senseless and racist shooting that targeted the Black community and claimed the lives of ten of its citizens. Our membership of educators appreciates and supports the value that diverse voices bring to our state and the individual communities within. We condemn racism, and we will continue to teach our students empathy and humanity through language, community, and social justice. We grieve with Buffalo in this dark time and hope for healing and peace. 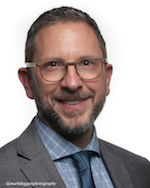 It is with a very heavy heart and much sadness that we share the news that John Carlino, Executive Director of NYSAFLT, left us on January 29, 2022, after a short but fierce battle with cancer. John was an incredible leader, serving first as treasurer of NYSAFLT before stepping into the executive director role in 2004. He helped guide NYSAFLT through the transition from paper to virtual communications and meetings, streamlining many processes and developing protocols that keep NYSAFLT running smoothly behind the scenes. John supported members willing to get more involved in the organization, and it is under his watchful eye that many have flourished both here in NYS as well as more broadly across the larger organizations, such as NECTFL, ACTFL and NNELL. His reach expanded nationally, as executive director of NECTFL and on the board of JNCL-NCLIS.

John will be forever remembered for his patience with others, especially when helping someone learn a new technological skill; for his presence at all things NYSAFLT as he provided us with transparency about the organization and made sound decisions that affected its future; and for his forethought and vision which carried us through a recession and a pandemic. Most of all, John will be remembered as a language advocate, always fighting for programming across all grades and for all languages.
​​​​​​​
John emphasized several times over the past few months that NYSAFLT is in good hands and is financially sound. There is a plan for an interim executive director and a search for when those times come. The entire executive committee has stepped up and all are helping guide the decisions so that we may continue to support all world language advocates. We ask for our members’ patience through this transition and hope that you will keep John’s family, friends and colleagues in your thoughts.

NYSAFLT will honor John Carlino and his advocacy efforts with the NYSAFLT 100K for 100 Years John D. Carlino Legacy Fund, a fund which was established five years ago under his guidance and support. By renaming this fund, NYSAFLT will remember John and his vision to financially support projects and help solve problems that language teachers and leaders face. Before his passing, we were able to share with him our wish to rename the fund, and John was humbled but enthusiastic about the idea; his family has expressed their approval of the name as well.

When you donate to this fund, we hope you will remember the strong advocate, mentor, and friend John was to language teachers not only in New York but across the nation and beyond. We hope to continue to sustain NYSAFLT’s goals and activities to support language teachers and rise to their needs. Help us reach our goal of building a 100K sustaining fund to support our mission in the next NYSAFLT century!

Join us today! Become a member of NYSAFLT.

Register now for this year’s virtual workshops.  Our annual series is FREE to members!

Make an awards nomination or apply for a grant or scholarship today!

Submit a proposal for Rochester!

Recognize your most outstanding students with a NYSAFLT award! Exclusive to members. This award is the successor to the NYSAFLT Fulvi Awards.

Get involved! Learn about advocacy efforts and how you can help.

2021 Video Contest winners have been posted! Plan ahead and learn how to participate next year! See 2021 winners here.

Become a member and see what job placements we have

Are you considering taking the leap and taking on more leadership responsibilities? Check back in the fall for the 2023 cohort!

NYSAFLT has been gathering information on distance learning. We invite you to share your favorite sites or activities with us to add to this list.

NYSAFLT family: We are tired. The past two years have tested the professional community of teachers around the world, and especially here in New York. We have been online, masked up in the classroom, and both at the same time. We have looked forward to events that were then canceled or changed in unexpected ways. We have been told that things were returning to normal, only to have everything tossed and turned upside down all over again. It has been overwhelming. It can be easy to withdraw, to lose interest, to push the outside away.

And still we teach. We teach because we love languages, we love the different and varied cultures found in our world, we love inspiring the next generation to meet and befriend people from those cultures, we love seeing the world improve as our students’ views change. We teach because we know the important value of what we do; with new standards at the state level, our task has been renewed, validated and energized by the state’s Department of Education, with hours of work from NYSAFLT past president, Candie Black, and her executive committee of NYSAFLT members Lori Langer de Ramirez, Bill Heller, and fellow past president Dr. Joanne O’Toole.

What do you get for your membership dollar?

The New York State Association for Language Teachers was founded in 1917. Its purpose was, and remains, to serve the needs of the profession dedicated to the development of second language skills and cultural awareness among students. The creation of NYSAFLT marked an important step in enabling schools to give their students an informed and sensitive global perspective in an era of international turmoil.